After the bilateral meeting, where Erdoğan and Zelenskiy discussed all aspects of Ankara-Kyiv relations at the strategic partnership level, a trilateral meeting was held with the participation of UN Secretary General Guterres.

Agreement between Turkey and Ukraine on rebuilding destroyed infrastructure

In the presence of President Recep Tayyip Erdoğan and President of Ukraine Volodymyr Zelenskiy, an agreement was signed to rebuild Ukraine’s infrastructure destroyed by the war.

The tripartite summit, which was closed to the press at the Pototsky Palace, lasted 40 minutes.

The agreement will create a Task Force for the reconstruction of Ukraine between the two countries.

The task force will coordinate the reconstruction of facilities of social and economic importance in Ukraine, such as roads, bridges, water and electricity infrastructure, hospitals and schools. 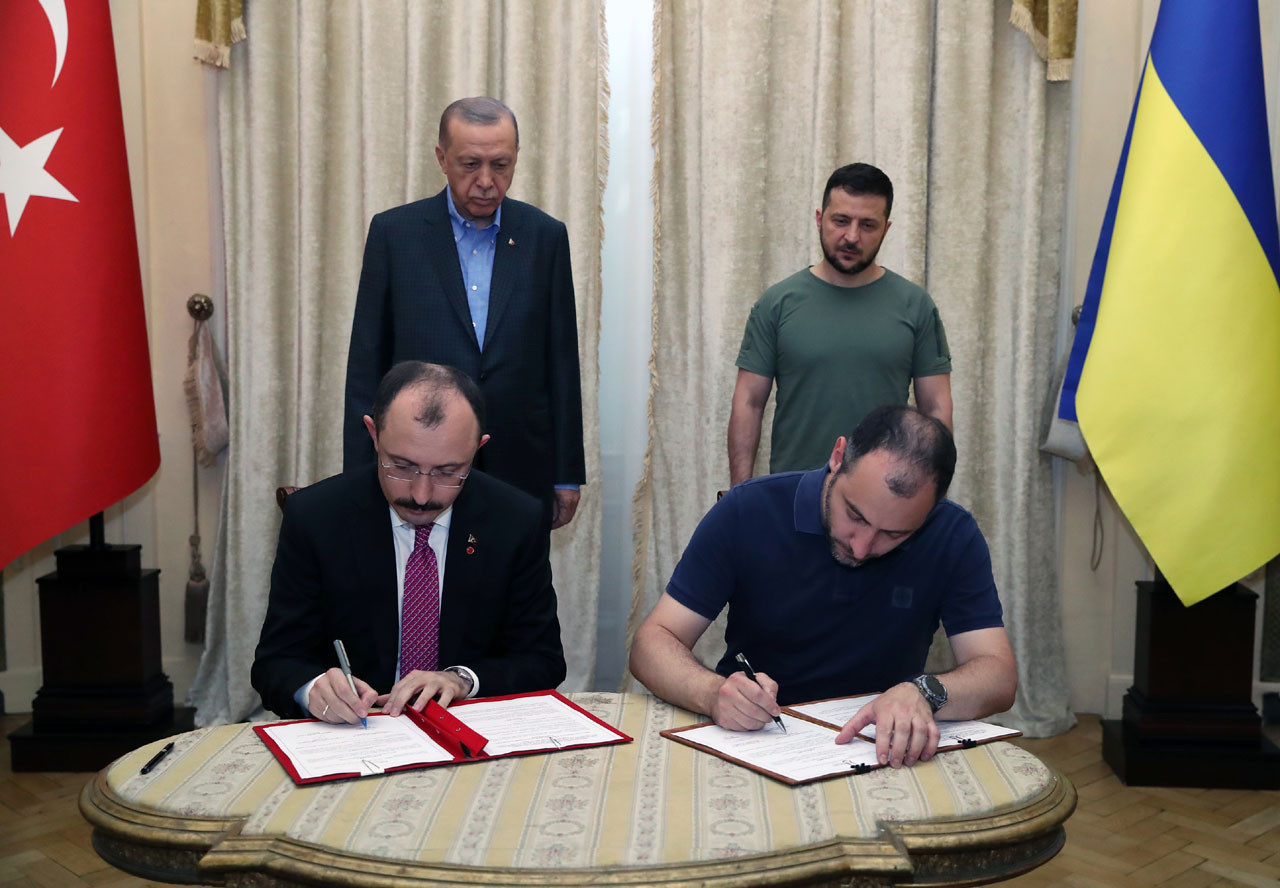