The young entrepreneur, an industrial designer, left his career in the city and moved to the town where he was born and established the Cappadocia Original Productions Women’s Initiative Production and Business Cooperative. Established in Özkonak Town of Nevşehir, the cooperative will convert approximately 51 tons of idle fleece from more than 51 thousand sheep and goats registered throughout the province into product. Thus, it is aimed to create a source of income for the local people by using the waste wool, to diversify the current tourism potential of Cappadocia and to contribute to the sustainability of the environment.

Gülen Özdemir, the Founder and Chairman of the Cappadocia Original Productions Women’s Initiative Production and Business Cooperative, worked as a lecturer while she was doing her master’s and doctorate degrees in different metropolitan cities. Later, he and his wife decided to move to the countryside to create a new way of life. She left her career in the city and moved to Özkonak Town, where she was born, and started to work as a sheep breeder. During the shearing period of her sheep, she realized that most of the wool was left to nature and was not evaluated. Thereupon, she conducted research on products that can be obtained from wool. She established a workshop for felt making at Koan Academy, of which she was the founder and operator, and produced a meditation mat from felt. Then she launched the brand named “Likha Wool”.

Stating that there are 51,184 sheep and goats registered in 241 enterprises throughout Nevşehir and that approximately 51 tons of fleece is obtained from shearing sheep every year, Gülen Özdemir said, “When this wool is not in demand and is thrown away, an average of 51 tons of waste annually harms nature. In this case, we saw that it would be more beneficial to work with a large team in order to create a source of income for the local people and to strengthen the Cappadocia Region in different areas. Thus, we established the Cappadocia Original Productions Women’s Initiative Production and Business Cooperative, where we will act together with the women in the town. We have seven founding partners, all of whom are artists and designers. As a result of our research, we learned that wool actually provides many benefits to the human body beyond what we know. It is also possible to export washed wool as a natural insulation material by selling it to international companies. We aimed to make a very serious amount of waste useful for human and environmental health, with high added value, by taking the discarded wool and producing unique products for the needs of modern people.” 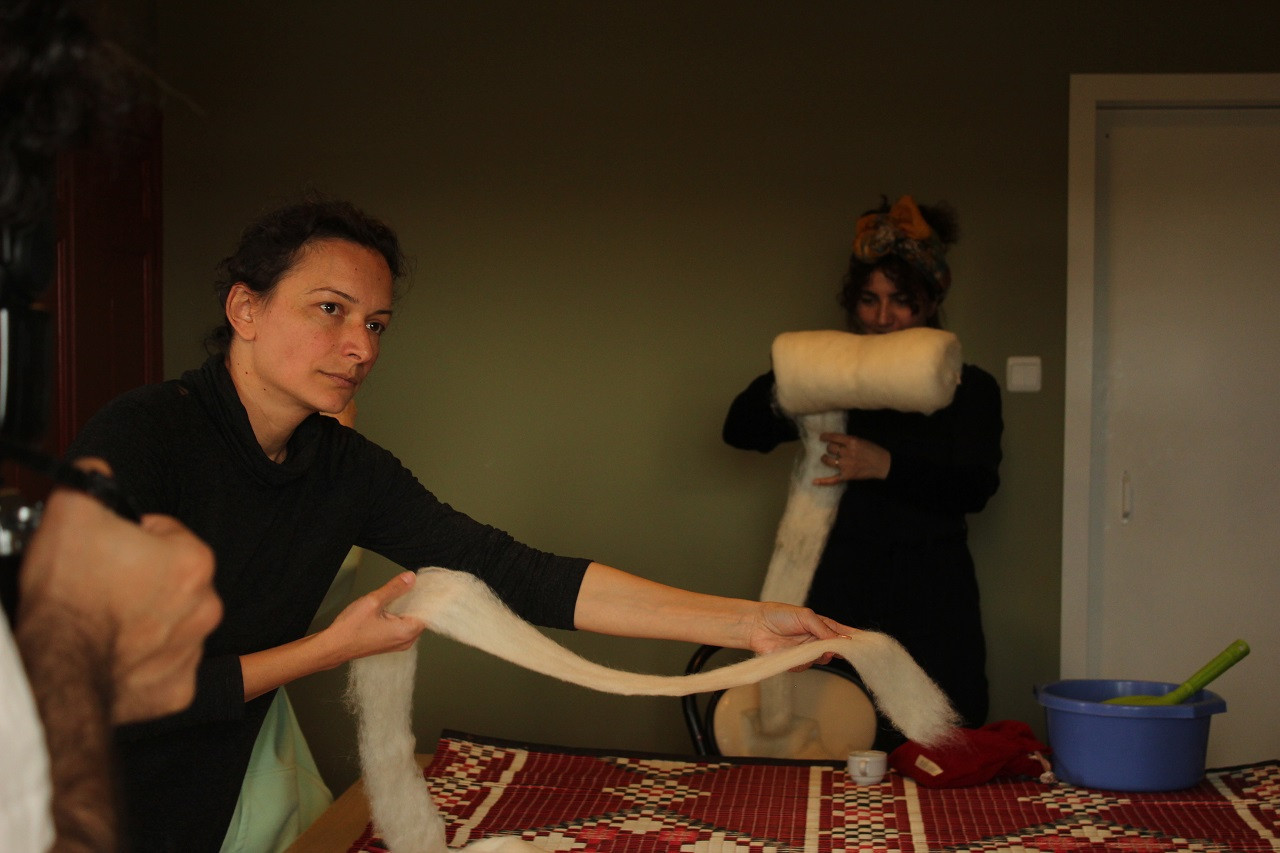 Stating that the total investment cost of the project, including financing, facility and machinery expenses, is 1 billion 923 million 598 thousand 55 liras, Gülen Özdemir said, “We applied for SOGEP support at the time we established the cooperative. We will establish a wool washing and wool processing facility in Özkonak Town. Our product range currently includes home life, personal care, clothing, accessories, toys, souvenirs, decorations, yoga and meditation, and thermal insulation products. We negotiate with corporate companies and design products that meet their customer requirements. Our diversity will increase according to customer needs and company expectations. 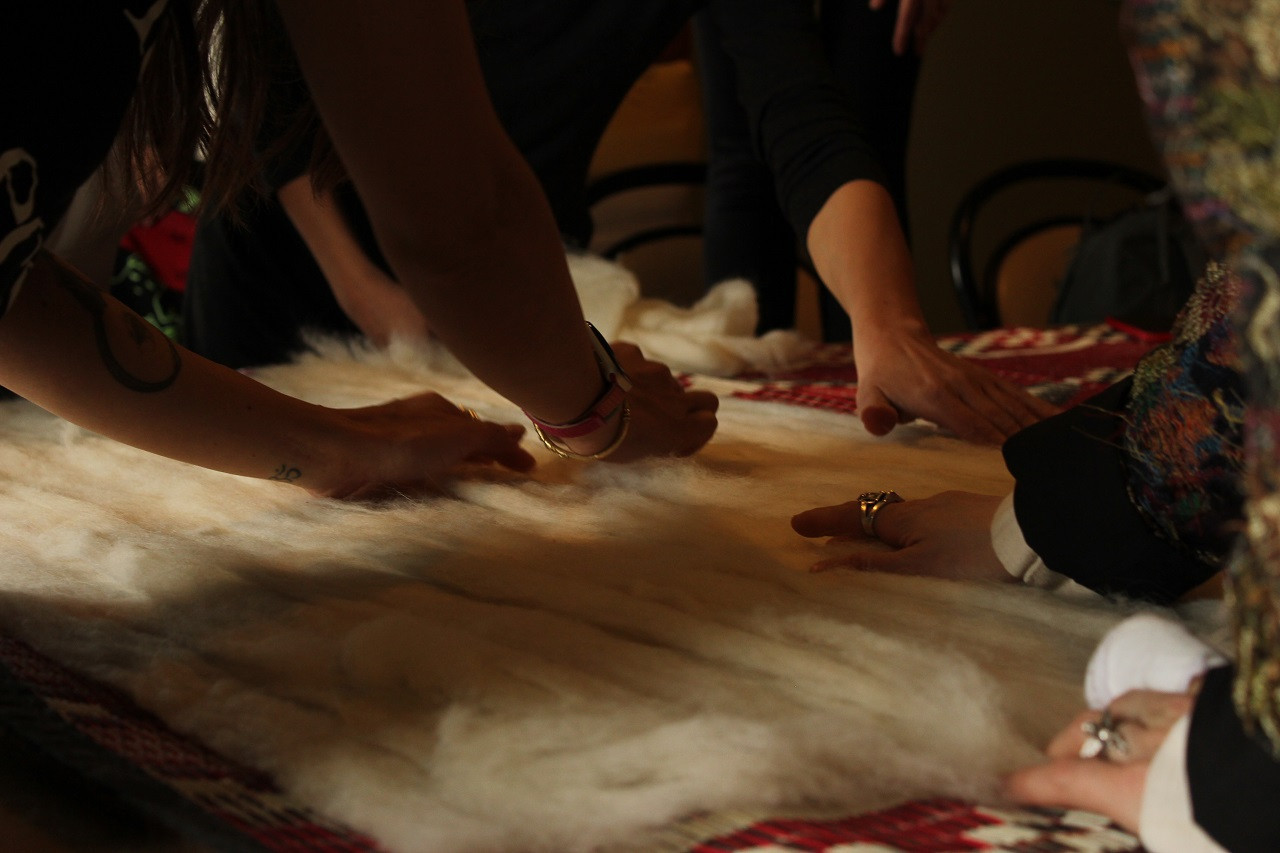 “We will export the washed wool as a natural insulation material”

Özdemir shared that they developed and diversified the products they started to produce in the workshop with their teammates and offered them for sale at the Post Office Store located in Post Office Istanbul, and that they were members of the PoweredbyPeople platform, which mostly operates in the American market, and said, “Now we are working on product samples and catalogs for these sales points. On the other hand, we make product designs with some corporate companies. We want to both sell domestically and export the washed wool, which is an intermediate product that we will obtain in the wool washing facility to be established within the scope of SOGEP, as a natural insulation material. We are also negotiating to give the wool to the local wool pillow manufacturers as an intermediate product. More importantly, we plan to be a supplier to women’s cooperatives that make wool products in Mardin and Giresun. Our initial target for the wool washing facility to be established is to process approximately 50 tons of wool obtained from sheared sheep in a year in Nevşehir. In addition, seven of our founding members will not receive a share from the income of the cooperative in the future, and all of the income will be used for the development of the production system.