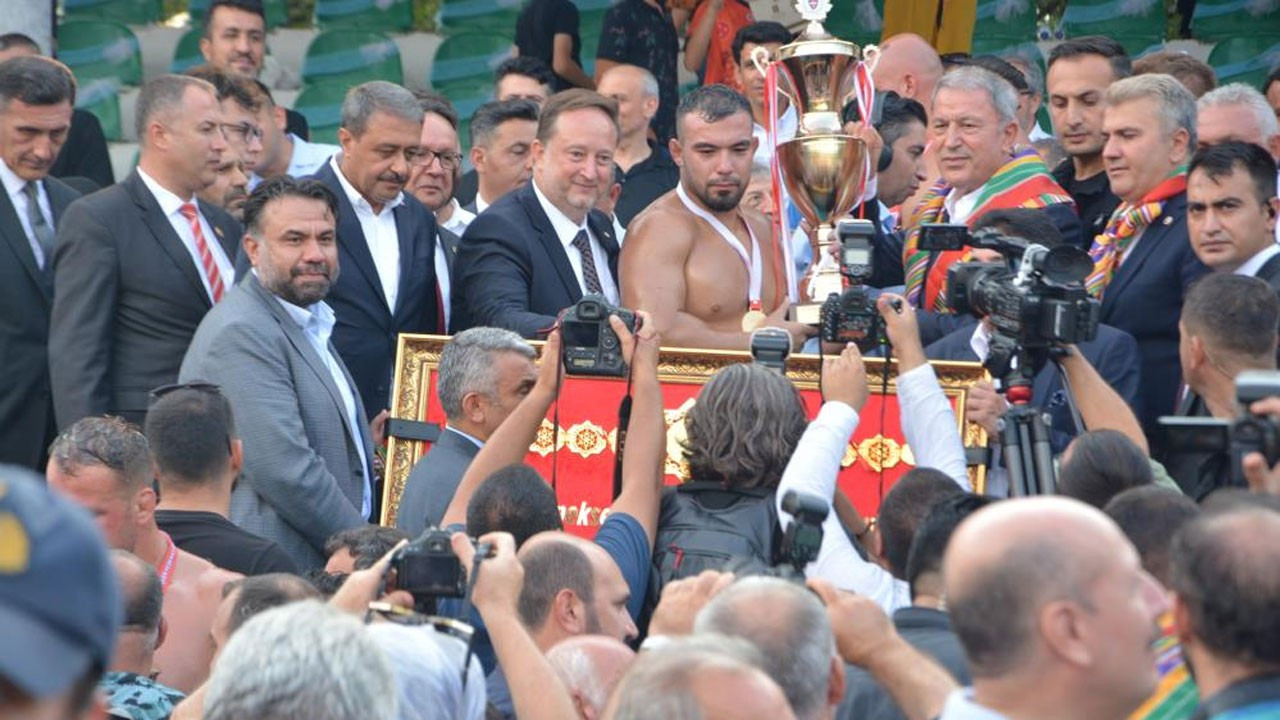 The 62nd Kurtdereli Mehmet Pehlivan Oil Wrestling, which lasted for three days, ended with the final wrestling. 2 thousand 561 wrestlers, 85 of whom were chief wrestlers, tied their arms. This year, Yusuf Can Zeybek from Antalya won the Kurtdereli Mehmet Pehlivan Oil Wrestling, which was followed free of charge by the audience.

The 62nd Kurtdereli Mehmet Pehlivan Oil Wrestling, which has been watched with great interest since the morning hours, has been completed. While the wrestling continued, Minister of National Defense Hulusi Akar wished success to Yusuf Can Zeybek and Hüseyin Gümüşalan before the final match. Minister Akar, in his short speech, said that the wrestlers were fighting in the private square and the Mehmetçik was fighting on the mountain. After Minister Akar’s speech, the slogan “Martyrs do not die, the homeland is indivisible” was chanted from the stands.

Minister Akar said, “Dear wrestling lovers, I greet you. Thank you, be present. I offer my respects to everyone who contributed to our ancestral sport, our history, oil wrestling. There is defeat and defeat here. The important thing here is to show the power of the Turks. In this square, the wrestlers show their strength. Mehmetçik is showing his power in operations,” he said. In Kurtdere Wrestling, which is called Kırkpınar’s rematch, favorite wrestlers could not make it to the final this year. While the head wrestler of the years, Mehmet Yeşil Yeşil was eliminated in the second round, Orhan School, the eternal owner of the gold belt in Kurtdere Wrestling, was eliminated in the quarter-finals, and İsmail Balaban, who was twice the head wrestler, was eliminated in the semi-finals. Ertuğrul Dağdeviren, who represented Balıkesir in the final, was injured in the semi-finals and had to quit wrestling. Yusuf Can Zeybek, who wrestled in the semi-finals with Ertuğrul Dağdeviren, who left the match by making his opponent kiss his hand, won the golden belt.