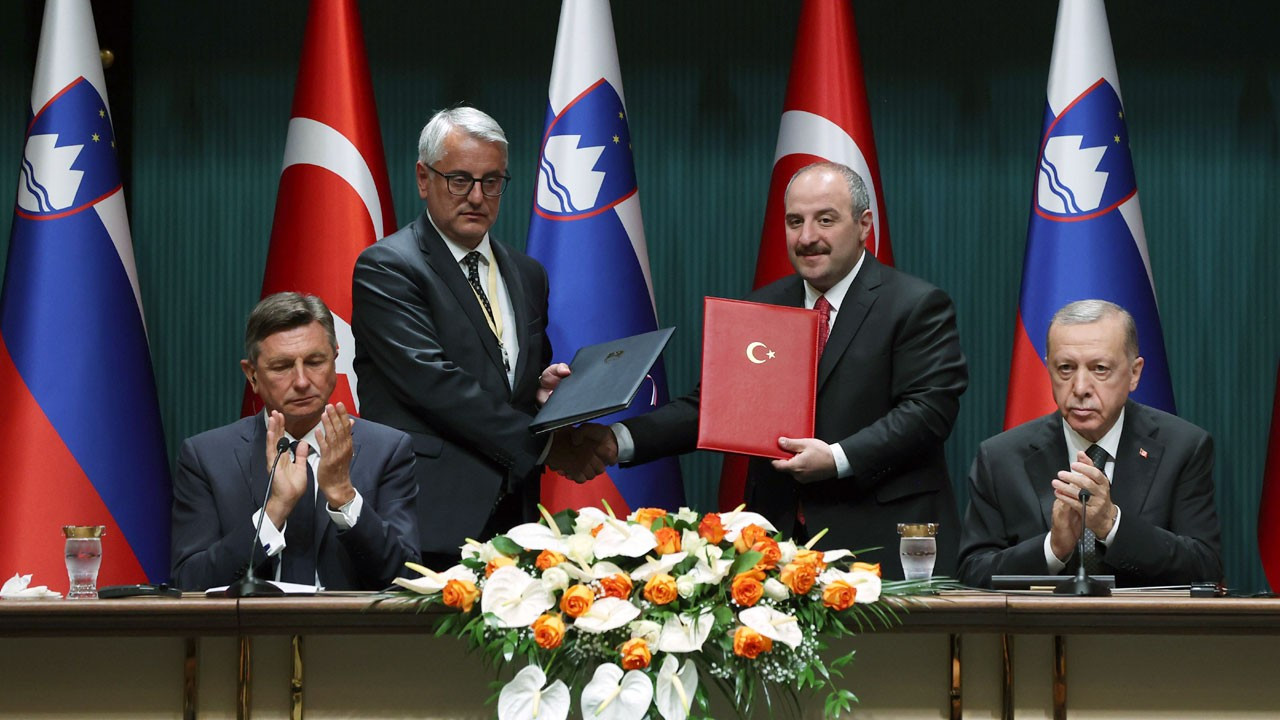 Following the tete-a-tete and inter-delegation meetings chaired by President Erdoğan and his counterpart Pahor, the signing ceremony of the agreements between the two countries took place at the Presidential Complex.