A MISSING item could be a crucial clue as cops investigate why a family vanished a month ago after leaving for a camping trip.

Jill Sidebotham, 28, and her two-year-old daughter, Lydia, were last seen by family on June 27.

Jill’s father Ron told Seacoastonline that a money jar containing an estimated $200 in cash that Jill kept at home is nowhere to be found after her disappearance.

Jill was last seen with her ex-boyfriend Nicholas Hansen and their toddler-aged daughter Lydia.

Jill told her mother that the family was headed off on a camping trip, though Jill’s mother reportedly warned against it.

By June 28, Sidebotham’s phone was turned off, and by June 29, Hansen’s phone was also unreachable. 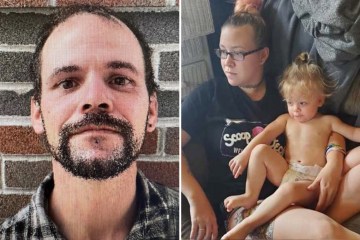 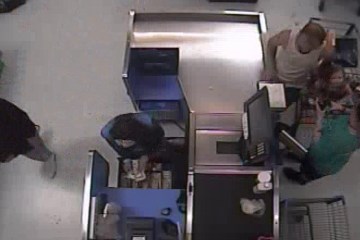 Jill and her daughter were supposed to return on June 30, but they didn’t.

The last known sighting of the family was on July 2 at a Walmart in Mexico, Maine.

Jill’s fiancé Corey Alexander said that he got Facebook messages from her in late June.

He said: “I’m not sure if they actually came from her phone or not.”

Alexander told Jill that he loved her as he replied to a text she had reportedly sent.

Jill responded: “Love you too n have a good day (sic).”

Alexander then replied: “You too baby. Just made my morning all the better hearing from you.”

Alexander doesn’t believe that Hansen sent the messages but said he fears if he saw them, “they may have set him off.”

Alerts have been posted for the family throughout the northeast.

“It’s just not in her heart to do this,” Jill’s dad told Seacoastonline.

“There are so many factors that shy away from her doing this voluntarily.”

Ron said that Jill would not leave her 10–year-old son.

“She loves her son, she adores him,” he said.

Ron also told the outlet that he believes police are doing everything they can to find his daughter and grandchild.

He said he and his wife appreciate all of the efforts people are making on social media and with distributing flyers.

The Sanford, Maine Police Department posted surveillance footage online of the family at the Coos Canyon Campground in Byron, where they were camping.

The footage shows both parents carrying their daughter, who is seen wearing a red top.

The mother is wearing a black T-shirt with a green design on it, glasses, and light-colored shorts.

In the July 2 sighting at a Walmart, surveillance footage showed Jill paying cash for food.

Jill’s phone is not taking any calls, and her credit cards have not been used.

As The Sun has previously reported, Jill’s fiancé said the trip was “unexpected and makes zero sense.”

“I’ve never been in so much pain,” Alexander said.

“I’m completely lost without her. It’s just tearing me apart.”

Sandford Police Lt Matthew Gagne previously told The Sun: “Nothing points to them being in danger.”

The search has been stymied by geographical challenges in the state, Lt Gagne said.

Most of Maine is remote with small populations and poor cell service, the Sanford PD lieutenant added.

“We’re working with other jurisdictions as we chase down any leads,” Gagne said.

“We’re hoping they’re still in the area, but we just don’t know where they are right now.

“Because it’s not criminal matter, we are limited in some things.”

Police have asked the public to be on the lookout for a silver 2005 Volkswagen Jetta with a Maine license plate 1563VJ.