FOR yard-loving homeowners, a single bald patch can ruin a front lawn.

But one easy TikTok hack promises to fill in missing grass in days – and all you need is seed and toilet paper.

TikTok user DabzNDawgz tested out the “viral grass hack” on her own lawn.

Though it’s unclear where the hack originated, her video has racked up 3.9 million views since 2021.

First, fill up a bucket with water.

Next, she says, add some toilet paper to the water. 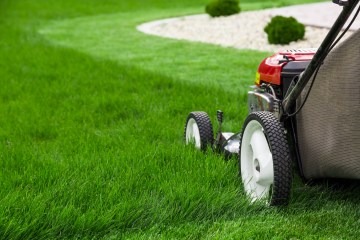 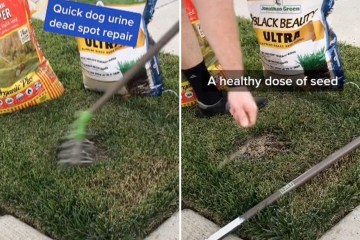 She doesn’t specify how much toilet paper to use, but she unrolls several squares into her water.

Next, she pours a bag of grass seed into the water and toilet paper mixture and mixes it by hand.

Finally, she pulls globs of the sopping, seed-covered toilet paper out and spreads it over a patch in her lawn where the grass has died.

When she returns to the spot three days later with her camera, the bald patch has grown in.

After five days, the grass is long and dark green, and it’s impossible to tell where the bald patch had been.

Other TikTokers who have tried the trick have shared their success stories in the comments section.

“I did this too. It’s insane how good it worked! The TP keeps the moisture in,” wrote one.

“We use this technique all of the time, we even sometimes use cotton and plant it on its own,” said another.

One more promised that it also worked with newspaper instead of toilet paper.