The award-winning pop sensation no doubt keeps fit while dancing on stage to her hits including One Kiss and Levitating.

But between her performances – including her current tour Future Nostalgia – Dua squeezes in workouts where she can.

The 26-year-old Brit also takes care to eat healthily, but does not deprive herself of foods she is craving.

That’s according to Australian celebrity personal trainer Rachael Attard, who did a deep dive into Dua’s fitness regime and diet.

Rachael, a specialist in women’s fitness training, said: “Though her diet is effective, she never avoids specific foods. 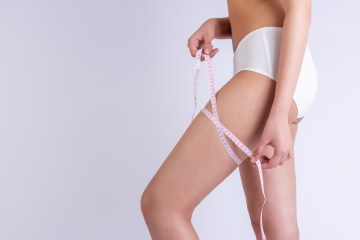 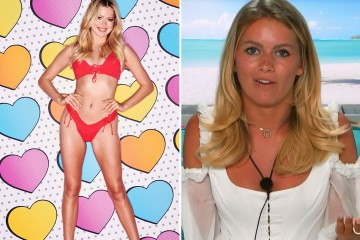 “Instead, she tries to eat those less healthy items in moderation. And she always takes care to cook for herself.

“This helps her avoid eating overly processed foods full of ingredients that can cause serious health problems over time.”

For breakfast, Dua will have a snack such as banana with cashew butter if she is doing an early morning workout.

“This gives her plenty of plant-based protein and potassium to keep her muscles working well during those workouts,” Rachael said.

Always on the go, Dua will mostly rely on packaged foods.

But Rachael said she’ll pick things that “won’t leave her feeling bloated”, such as a salad, wrap with healthy ingredients or something else heavy on vegetables.

Dua was born and raised in London but has spent a lot of time in Albania, where her parents are from.

“Albanian food is similar to the Mediterranean diet and is full of healthy fats like olive oil and fish as well as plenty of fresh vegetables.

“It can be heavy on the grains and bread, making it less ideal for people who want to avoid gluten or follow a low carb diet.”

Dua shows no signs of restricting treats, as Rachael said: “If she’s craving something that’s not exactly healthy, like pizza or burgers, she sometimes lets herself indulge in those foods.

“She doesn’t believe in cheat days. Instead, she believes in not denying herself the foods she’s craving when she’s craving them.”

Dua told Beauty Crew: “I’m never one to stop myself having treats, I do love naughty treats.

“But I try and limit it to days when I’m not as busy, because if I do eat a doughnut it usually puts me in a food coma!”

With a tight and busy schedule, Dua fits in workouts in the morning as much as she can, usually around 8.30am.

“It requires absolutely no equipment and gives her a full workout in very little time which makes it ideal for her busy schedule.

“During her HIIT routine, she often targets her abs and her glutes. A few of her favourite moves [are] bicycle crunches, static planks, slow twist planks, leg lifts, donkey kicks.

“Each of these exercises target multiple muscle groups at once, making her workout extremely effective every day.”

Speaking to Viva, Dua said she keeps her tummy toned using a “variation of crunches” – but planks are her favourite.

But Rachael said Dua can suffer with lower back pain, and would avoid exercises such as donkey kicks when it flares up.

When Dua is at home and has more time, she’s a big fan of boxing for both physical health and “to clear her mind”.

Rachael said: “Boxing is one of her favourite ways to get in shape and stay that way.

“It’s an intense cardio workout, but it also helps her build functional strength and tones her arms and legs without the use of weights.

“On days when she wants a little more relaxation, she’ll take a yoga or Pilates class.

“These exercises help her stay limber and makes it easy for her body to keep up with those intense dance moves she does during performances.”