KHLOE Kardashian has been slammed for making “disturbing” comments about her daughter True in a resurfaced KUWTK video.

When the then-pregnant reality star found out she was having a girl, she said she was “jealous” that the tot would be adored by Tristan Thompson and “didn’t like” her.

In the scene, her sister Kylie Jenner broke the news to Khloe that she’s having a girl and not a boy like she had hoped.

Khloe scrunched up her face in dismay and said: “I don’t feel like I’m having a girl.”

She reiterated her disappointment to her mom Kris Jenner while on the phone. 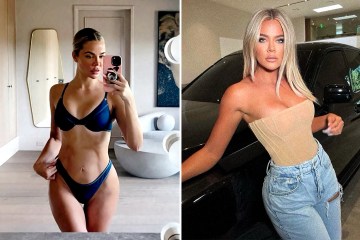 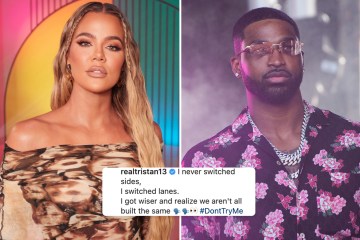 Kris replied: “A man is much more attached to a girl. This will be the love of his life, no offense to you.”

Kris agreed, “You probably will,” to which her daughter responded: “Well, then I don’t like that. I don’t like her.”

The scene resurfaced on Reddit this week, where critics slammed Khloe – who welcomed a son with Tristan earlier this month – over her “misogynistic” comments.

One wrote: “Internalized misogyny suuuuucckks. she literally wanted a son so she doesn’t have to ‘compete’ with her daughter.”

Another added: “This was such an uncomfortable moment and the fact she allowed it to air is disturbing.”

A third posted: “The way she was so visibly disappointed about True being a girl and that whole speech (joking or not) was disgusting.”

The baby was conceived shortly before Khloe learned that Tristan had cheated on her with his third baby mama, Maralee Nichols, 31.

After her heartbreak, Khloe reportedly fought for full custody of the newborn, which gives her overall control of where and when the NBA player can see his son.

The parents came to the strict custody agreement for their baby boy after his birth on August 5, according to HollywoodLife.

A source said: “Khloe and Tristan have agreed that Khloe will have sole legal and physical custody of their baby full time.

“Even though Khloe will have full custody of the baby, she’s more than happy for Tristan to be present in their child’s life as much as he wants.”

We pay for your stories!

Do you have a story for The US Sun team?