A NEWCASTLE footie fan who has his hero tattooed on his belly was stunned when the player invited him round to his house.

A South American journalist Kevin spoke to about it passed his number to the player, 26, without flooring firm boss Kevin knowing.

So he was amazed when he got a message inviting him to the midfielder’s home to collect a signed shirt.

Dad-of-five Kevin said: “At first, I thought it was a prank. I kept saying, ‘Is this really you?’.

“He sent me his address and we jumped in the car and went over. I took three of my children and when we got there his family including his wife and kids were there. 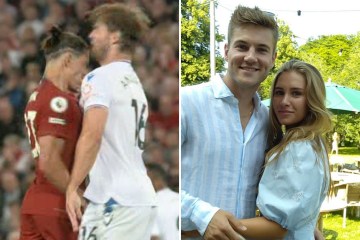 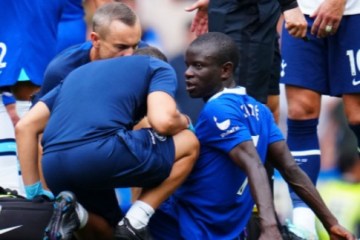 “He got the net out and the kids were playing football with him.”

Kevin added: “He said thank you for getting the tattoo but I couldn’t thank him enough for having us over. It was a dream come true.”

Season ticket holder Kevin, who paid £180 for the tattoo in May, also has Joelinton’s midfield teammate Bruno Guimaraes, 24, and Magpies legend Alan Shearer, 52, inked on his stomach.

He added: “We even FaceTimed Bruno when we were there and showed him the tattoo, it was incredible.”