AN Ohio man who is accused of shooting four people before posting a haunting video about brainwashing allegedly had chilling run-ins with neighbors, sources say.

Stephen Marlow, 39, was taken into custody Saturday in Kansas, more than 600 miles from where the victims were found shot dead in Butler Township, Ohio, the day before.

The suspected shooter was arrested after an elderly couple and a mother and daughter were found shot to death in two separate homes, police said.

Investigators were also made aware of a chilling video of Marlow circulating on social media that they believe was taken after the shooting.

In the haunting footage, Marlow alleges that he is a victim of “mind control” and references the shootings which he deems “executions.”

The victims were identified on Saturday as Clyde Knox, 82; his wife Eva Knox, 78; Sarah Anderson, 41, and her daughter Kayla Anderson, 15, by the Montgomery County Coroner’s Office. 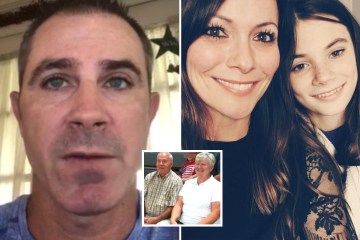 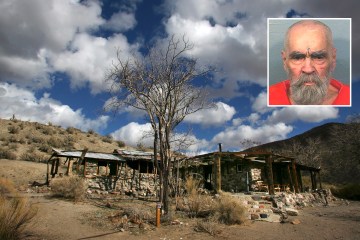 Now, investigators are revealing more information about the suspected shooter, including his conduct toward neighbors in recent months.

Marlow graduated from the University of Kentucky in Lexington and lived and worked in Chicago as a trader from 2006 to 2018, according to a background check obtained by the Dayton Daily News.

Most recently, he lived with his parents in a home on Haverstraw Avenue which is of the streets where part of the shooting took place, police said.

An anonymous neighbor has revealed some disturbing behaviors that allegedly took place while Marlow lived with his family.

“He’d holler at them and say, ‘Keep the noise down, you’re too noisy in this neighborhood,'” the man told Dayton Daily News.

The neighbor added that he personally had not witnessed this occurring but heard about it from others in the neighborhood.

“They said he did that all the time. He’d holler at you if you were outside,” the neighbor said.

Marlow had gotten off probation in February on aggravated burglary and aggravated menacing charges stemming from a July 2019 incident in Dayton before the shootings.

He was accused of breaking into a Damian Street home in Vandalia and threatening harm to a person with a weapon, Montgomery County Common Pleas Court records show according to Dayton Daily News.

Marlow was ordered to have a mental health evaluation at the beginning of his probation and was under intense supervision until December 2020, court records say.

Eva and Clyde Knox were found killed in their home on Hardwick Place while Sarah Anderson and her daughter Kayla were found dead shortly after, Porter said during a press conference.

The youngest victim, 15-year-old Kayla, was a high school student who was described as a “ray of light” by superintendent Robert O’Leary, WHIO reported.

Pastors, youth ministers, and therapists will be available to students who need them O’Leary said.

On Friday, Marlow was charged with four counts of aggravated murder in Montgomery County, police said.

On Saturday, a federal arrest warrant was issued for Marlow by the United States District Court for the Southern District of Ohio, after he was charged with unlawful flight to avoid prosecution, the FBI said.

It is unclear whether Marlow will face more charges at this time.