The infrastructure and capacity problems in the railway, which has been the bleeding wound of the Turkish transportation sector for years, cannot be overcome. The problems got worse with the increasing demand. The representatives of the private sector, stating that the existing capacity is not used efficiently, say that they cannot meet the increasing demand for this reason. The hope of the companies, who argue that the capacity problem will be overcome to a large extent, if TCDD switches to the ‘contracted transportation model’ with the private sector, is in the new president. Because the new TCDD General Manager and Chairman of the Board, Hasan Pezük, is a person who knows the infrastructure problems closely due to his previous job.

Interest in the railway increased in the pandemic 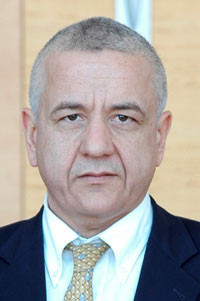 With the pandemic, the demand for railways increased in Turkey as well as in the rest of the world. Unfortunately, this mode of transport, which is both environmentally friendly and sustainable, still has a very low share in Turkey. Despite the increasing demand, industrialists have great difficulty in sending their export goods to the port due to the problems experienced in infrastructure and equipment. Although Minister of Transport and Infrastructure Adil Karaismailoğlu announced in the past weeks that they aim to increase the share of the railway in total freight transport from 5 percent to 22 percent, this does not seem likely to happen in the short term. In fact, the private sector has a solution proposal in this regard. Ercan Güleç, President of the Railway Transport Association (DTD), reminded that they submitted a proposal to TCDD to switch to the contracted transport model last year in order to solve the capacity problem and use the existing equipment more efficiently, and said that this application, which came to the signing stage for a reason they could not understand, was put on hold.

“Let’s guarantee the load, give us equipment”

So, what is this contracted transport model? It is known that TCDD does not have enough locomotives and wagons. However, since the private sector could not see its way forward, it does not invest in this field despite the liberalization law that entered into force a long time ago. At this point, the efficient use of TCDD’s equipment is of great importance in meeting the demand. The deal handling model also provides this. In this model, which has similar examples in Europe, TCDD is requested to allocate as many locomotives and equipment as the company needs in return for a load guarantee. Since these locomotives are constantly going and coming, it is aimed to increase efficiency. If the promised tonnage is not met, there are applications similar to this model, in which the company undertakes to cover the loss.

TCDD first accepted and then put it on hold

President Güleç said, “TCDD has prepared an agreement for this model. It even reached the signing stage. He imposed penal clauses if the promised tonnage was not met. This is how agreements are made in the EU. When you go to the railway and say ‘I want to transport’, a capacity is reserved for you, and it makes the deal. If you don’t use it, it gets paid. We asked them to do the same system here, and they accepted. But at the last moment, it was put on hold, returning from the signature. We couldn’t understand why,” he said.

Stating that they are more hopeful than the new administration of TCDD in solving the problems, Güleç said, “TCDD General Manager and Chairman of the Board of Directors, Hasan Pezük, who took office last week, had the opportunity to see infrastructure problems very closely when he was the operations manager. That’s why we hoped for a solution,” he said.

“We want to grow with exports, but we cannot unload the cargo to the port”

Ercan Güleç pointed out that there is a very serious demand for export transport to ports in Turkey at the moment, “Exports are increasing. This country needs an increase in exports. But the goods, especially the value-added products, should arrive at the ports in the most appropriate way. If we want to grow with exports, these goods must be transported to the ports. The fastest growing sector in the world is the railway. The fastest sector even in Europe. We believe that a larger part of the demand can be met when the intent is used appropriately.” Stating that the solution to be made in the short term is to use the existing equipment more efficiently, DTD President Ercan Güleç emphasized that measures should be taken to encourage the private sector to invest in the medium and long term.