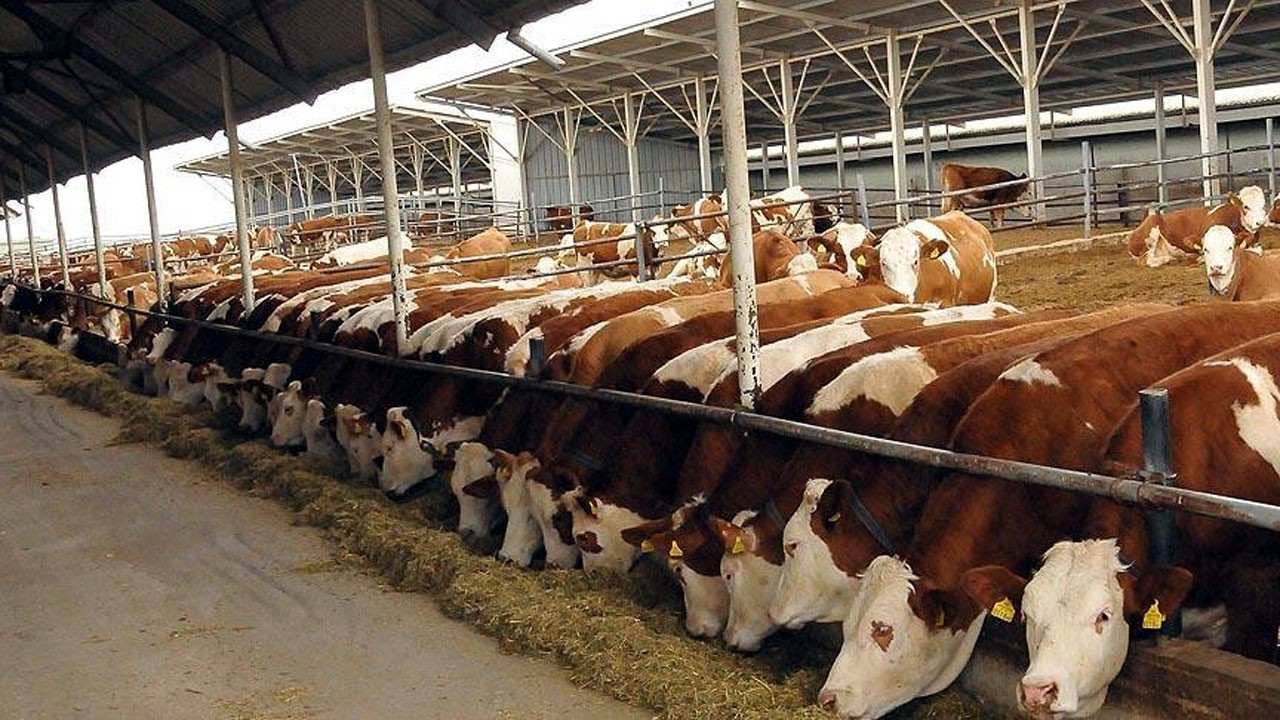 As of today (18 August), the Ministry of Agriculture and Forestry allowed the import of male fattening cattle and the export of male butchery goats (sheep). Since there was no demand for sheep meat, the breeders, who made a loss, wanted the sheep whose fattening period was completed to be allowed to be exported alive. It is claimed that the import of fattening cattle will be made in order to prevent the increase in meat prices in the coming days.

The Ministry of Agriculture and Forestry, which allows the import of fattening cattle and the export of butchered goats (1-2 years old sheep) on the same day, has issued announcements on both issues.

150 thousand cattle will be imported

According to the announcement made by the General Directorate of Food and Control of the Ministry of Agriculture and Forestry, the import of male fattening cattle will be limited to a total of 150 thousand heads. imported cattle; Angus, Charolais (Charole), Limousin (Limusin), Hereford, Belgium Blue (Belgian Blue), Piedmentosa, Aubrac (Obrak), Gasconne, Salers, BlondeD’Aquitane, Senepol, Braford, Brangus, Simental (Fleckvieh) and Shorthorn breeds or identified as their hybrids.

Businesses wishing to import must apply to the General Directorate of Food and Control until 31 August 2022. Applications after this date will not be considered.

Import permit will be given according to the operating capacity.

Conditions of importation of fattening cattle

According to the Fattening Cattle (Male) Import Implementation Instruction published by the Ministry of Agriculture and Forestry, General Directorate of Food and Control, the details of the import are as follows:

1- Fattening cattle to be imported can only be brought from countries that are allowed to import live animals. The list of permitted countries is available on the ministry’s website.

2- Fattening cattle cannot be imported from countries and/or regions that are listed in the “List of Countries and Prohibited Substances Prohibited due to Animal Diseases” (species-specific disease restrictions).

3- In the event of a new outbreak of disease in the country/region during the period from the selection of the animals to their departure from the exporting country, even if the control document has been approved, excluding the animals originating from the said country/region, which are in the nature of a transaction (veterinary health certificate issued by the veterinary service of the importing country) It is not allowed to enter our country.

4- Fattening cattle to be imported must comply with the criteria determined by the Ministry.

5- The number of animals must be at least 30 (thirty) heads in the importation applications for fattening cattle.

6- Applications are made to the General Directorate of Food and Control.

7- Fattening cattle cannot be cut (except for compulsory slaughter due to illness), sold or transferred before quarantine, actual import and nationalization procedures are completed.

8- In case of any disease, obligatory slaughter or death in animals until the actual importation procedures are completed and nationalized, all administrative and financial responsibility belongs to the importer and no compensation is paid.

9- The age of fattening cattle must be less than 18 months as of the date of entry into the country.

In the article about export, the following information is given in summary:

“As of 16.03.2022, the export of butchery ovine livestock has been stopped in order to ensure national meat supply security, maintain the balance of supply and demand, and sustainable ovine breeding.

With the approval of the Ministry’s authority, dated 18.08.2022 and numbered 10724253-325.11.03.01.29, the General Directorate of Meat and Milk Institution or the companies that have contracted with this institution were allowed to export small cattle (male manure) until 31.12.2022 for regulatory purposes.

In this context, when requested by the General Directorate of Meat and Milk Institution, issuing a health certificate for the export of butchery male goats that meet the requirements of the relevant veterinary health certificate,

For exports to be made via Iran by road, the provisions in the instructions of our General Directorate will be taken into account, together with the “Import Permit” document obtained from the importing country in order to issue a certificate.

Former Minister of Agriculture and Forestry Bekir Pakdemirli stated that they achieved great success in animal husbandry and said in many of his speeches that by the end of 2022, Turkey would no longer import red meat and livestock. As the minister changed, changing policies and changing discourses showed themselves once again. Allowing fattening cattle import and sheep export on the same day shows that there are serious problems related to the planning of livestock and especially red meat production. While cattle breeders are forced to sell carcass meat, which costs at least 100 liras, for 85-90 liras, the importation of 150 thousand head of livestock will further increase the loss of the breeder.

Who will pay for the ban on sheep exports?

As for the export of sheep, as can be understood from the article of the Ministry of Agriculture and Forestry, General Directorate of Food and Control, it is understood how wrong it is to ban the export of small cattle for butchery on March 16, 2022. In other words, if exports were banned 5 months ago, but now they are allowed again, who will pay for the damage suffered by the producer in the meantime?