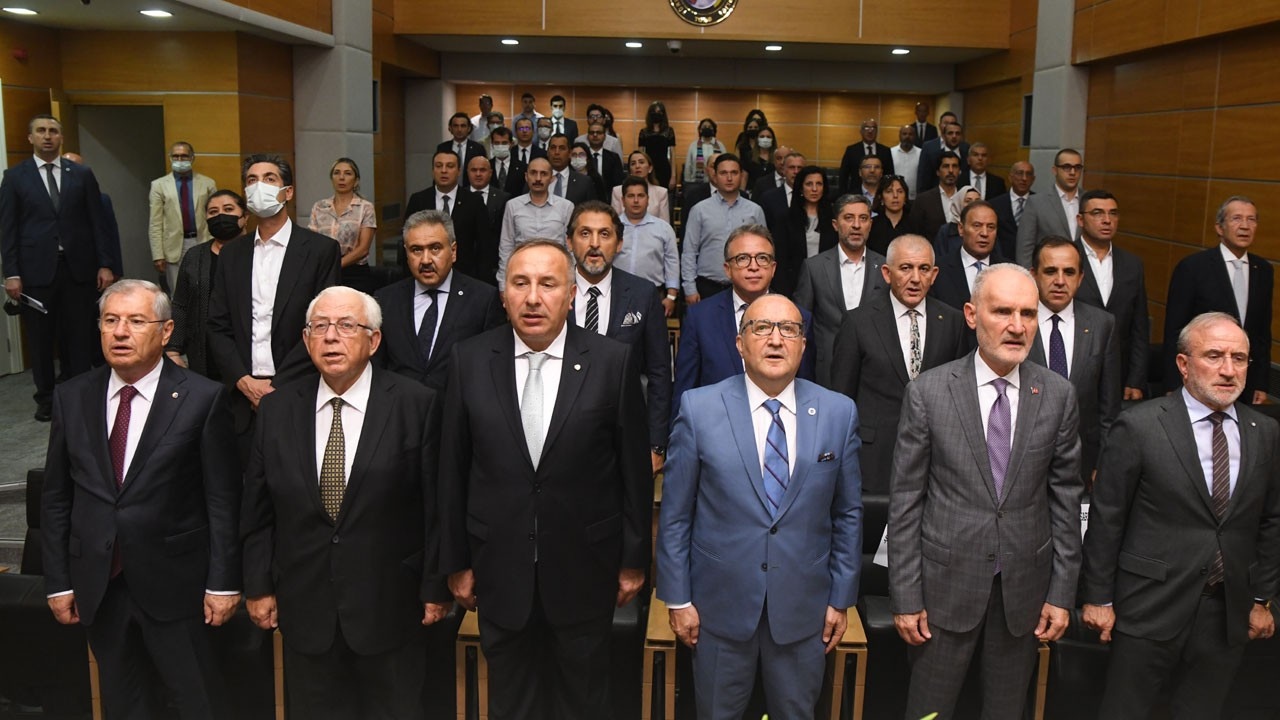 Ayhan Zeytinoğlu, President of the Economic Development Foundation (İKV), said that the EU’s enlargement process, which has come to a standstill in the last few years, has changed with the Russia-Ukraine war. Stating at the 60th General Assembly of IKV that they continue to work to improve relations with the EU and achieve the goal of full membership in the EU in line with the founding purposes of IKV, Zeytinoğlu said that the EU enlargement process has reactivated and a change is expected in the eastern and southeastern borders of the EU. said that.

A change is expected in its borders in the east and southeast Zeytinoğlu continued as follows; “In the last few years, the EU’s enlargement process has come to a standstill. The process was not progressing not only for Turkey but also for candidate and potential candidate countries in the Balkans. However, the balance began to change with Russia’s attack on Ukraine. Four days after the attack, President of Ukraine Zelensky submitted his application for EU membership. Then Moldova and Georgia also applied to the EU. Following these new applications, Ukraine and Moldova were granted candidacy status. Accession negotiations with Albania and North Macedonia, which have been on hold for a long time, have begun. In other words, as the EU enlargement process reactivates, a change is expected in the eastern and southeastern borders of the EU.”

“As TOBB, we keep relations with the EU at the top of our priorities”

Istanbul Chamber of Industry (ICI) Vice President Ayhan Saruhan also stated that the events experienced were once again instructive as they showed how much Europe needed Turkey, which played a key role in this process. Emphasizing that the EU is our biggest export market, Saruhan said; “However, we still get only 3.7 percent of Europe’s imports. In order for us to get the share we deserve from the EU market, it is of great importance that we redefine a sincere relationship with the EU that is sustainable, has a timetable and definite results, and that we remove the uncertainties.”

In this context, Saruhan stated that the efforts to revise the Customs Union and regulate its scope in accordance with the changing conditions should be concluded as soon as possible and said, “We see that regional free trade agreements are rapidly spreading around the world, especially in the Asia-Pacific region. These agreements create trade blocs, making trade even more difficult for countries outside the scope of the agreement. We see that the party that has signed the most free trade agreements is the European Union. In order to compete with EU companies on equal terms in third markets and to increase our exports, Turkey should also be able to negotiate the Free Trade Agreement simultaneously or individually and have a say in the decision mechanisms.

Istanbul Chamber of Commerce (ITO) President Şekib Avdagic, who noted that IKV, whose founding purpose is integration with the EU, brought Turkey’s EU membership to Turkey’s agenda, said, “When we look at Turkey’s trade with the EU, we see that our total trade volume has increased with Turkey’s exports. we see,” he said. Stating that there is still a long way to go and this situation should not be overlooked, Avdagic said, “The coronavirus and the Ukraine-Russia war have changed a lot. The EU was compelled to create a new security architecture. A European equation without Turkey would be full of dangers and uncertainties.