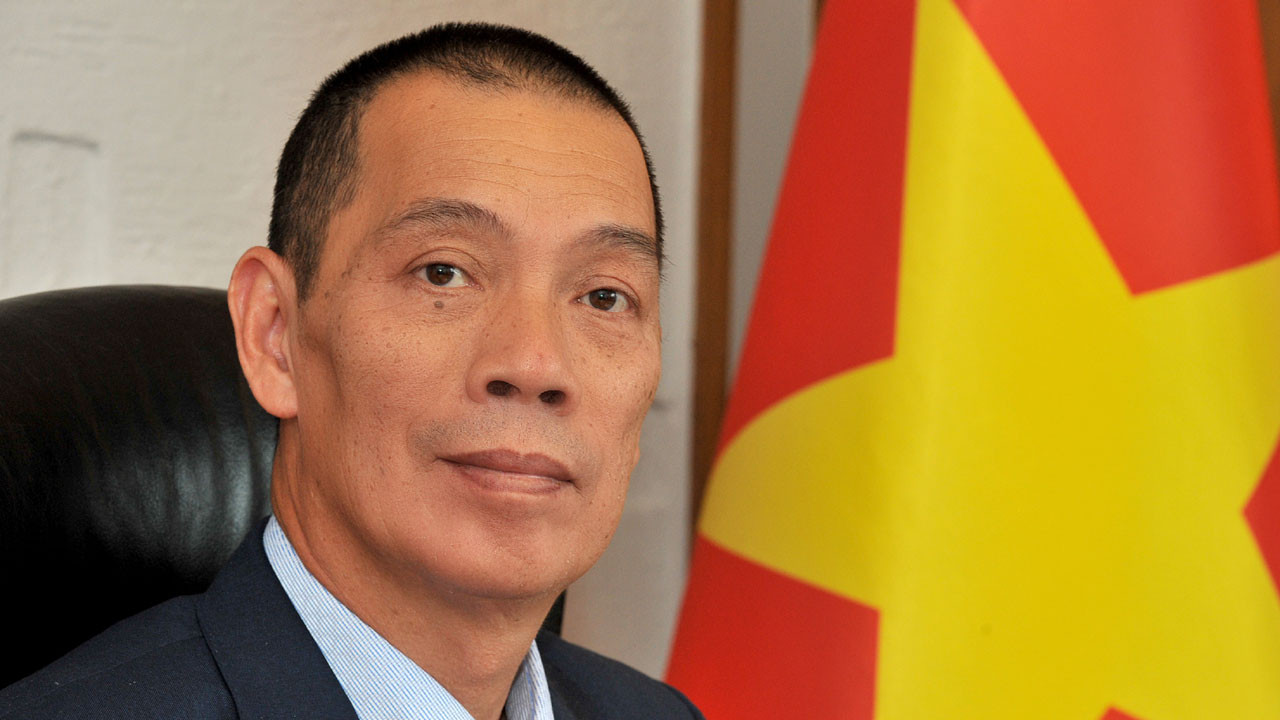 ● Ankara Ambassador of the Socialist Republic of Vietnam, who took office in April, Dr. Do Son Hai pointed out that Turkey and Vietnam are getting stronger in each other’s regions and said, “Turkish products can reach the 680 million ASEAN market through Vietnam. “Vietnamese companies can enter the huge Middle East market through Turkey,” he said.

● The Vietnamese Embassy, ​​which plans joint events with the Turkish Ministry of Foreign Affairs and other relevant institutions in 2023 for the 45th anniversary of bilateral diplomatic relations that started in 1978, aims to increase bilateral trade relations by focusing on working with ministries, local governments and businesses in Turkey in the second half of 2022. aims.

Ambassador of the Socialist Republic of Vietnam in Ankara, Dr. Do Son Hai said that Turkey is the country that invests the most in Vietnam among the Middle Eastern countries. Stating that Turkey and Vietnam can be considered as access gates to each other’s regions, Ambassador Do said, “Turkish products can reach the 680 million ASEAN market through Vietnam. “Vietnamese companies can enter the huge Middle East market through Turkey,” he said.

Stating that the diplomatic relations between the two countries, which started in 1978, have developed rapidly in terms of both volume and depth in various fields including trade and investment in 45 years, Do said, “The trade volume between the two countries increased by 84.6 percent in the 2010-2021 period. The bilateral trade volume, which exceeded 3 billion dollars in 2017, decreased to 1.59 million dollars in 2021 due to various difficulties such as the impact of COVID-19. Despite this decline, Vietnam has become Turkey’s second largest trading partner after Malaysia among the Association of Southeast Asian Nations (ASEAN) countries.

Answering the questions of TR MONITOR, the weekly English publication of the DÜNYA newspaper, within the scope of his contacts in Istanbul, Ambassador of Vietnam Dr. Do Son Hai said the value of exports from Turkey to Vietnam has nearly quadrupled since 2010. Do listed computers, electronic products, machinery, machine parts and chemical products as main export items. In the same period, exports from Vietnam to Turkey, mainly telephone, computer parts and textile products, are estimated to have increased by 60 percent.

According to official data, there is currently no Vietnamese company operating in Turkey. However, Ambassador Do believes that the warm relations between the two countries will increase investment and trade in the near future. On the other hand, Turkish companies have a registered capital of 864.5 million dollars invested in 29 projects in Vietnam as of May 2022. “The direct investment from Turkey will be approximately 10 percent above the 2021 figures, with a realization of 73.3 million dollars this year,” Do said.

Pointing out that there is interest in the Turkish market in Vietnam, Do said, “Before starting my duty in Turkey in April, I attended numerous meetings with Vietnamese companies that wanted to learn more about the Turkish market, sought support to connect with Turkish partners, and searched for export and import opportunities.” . According to Do, there are no obstacles. The banking systems of the two countries are not sufficiently connected. This poses great risks in transferring money, trading goods and investing. In addition, there should be a channel that will provide Vietnamese companies with up-to-date information about the Turkish market.

Vietnam’s Ambassador to Turkey Dr. Do Son Hai and his team came to Istanbul in mid-June and met with the Turkish Foreign Economic Relations Board (DEIK) Turkey-Vietnam Business Council and various businesses. “Entering the Vietnamese market is an opportunity that Turkish businesses are aware of and want to get a share of,” said Do, adding that DEIK plans to organize a business trip to Vietnam in the third quarter of 2022 to meet with colleagues and lay the groundwork for other B2B visits in the future.

45th anniversary of diplomatic relations will be celebrated

According to Ambassador Do, the Embassy will also focus on working with ministries, local governments and businesses in Turkey in the second half of 2022. In addition, close cooperation will be established with the Turkish Ministry of Foreign Affairs and other relevant authorities for the events to be held in 2023 within the framework of the 45th anniversary of Vietnam-Turkey diplomatic relations.

‘Turkey and Vietnam are getting stronger in each other’s region’

Pointing out that the governments of Turkey and Vietnam are actively strengthening cooperation in each other’s regions, Ambassador of Vietnam Dr. Do Son Hai said, “In 2019, Turkey announced the Asia Anew Initiative, accelerating the country’s focus on the Asia-Pacific region. On the other hand, Vietnam strengthens international cooperation with other partners by implementing a comprehensive international integration policy. In addition, Vietnam has a project called ‘Developing relations between Vietnam and Middle Eastern countries between the years 2016-2025’.

“There are mutual opportunities in agriculture and infrastructure projects”

Vietnam Ambassador Dr. Do Son Hai said that the two countries can cooperate in sectors such as agriculture, forestry, fisheries, textile, chemistry, high technology, energy, infrastructure and defense industry. Do “Vietnam, with its rapid economic growth, wants to invest in infrastructure such as roads, railways and energy infrastructure. Turkish companies can be involved in projects in Vietnam. While Vietnam exports tropical fruits and coffee in agriculture, Turkey can sell us hazelnut products and pistachios,” he said. Pointing out that Vietnamese companies have limited knowledge of the Turkish market, Do said, “Some Vietnamese agricultural companies believe that their Turkish counterparts are competitors in similar products. In fact, the fact that the two countries have different product categories and even different harvest times for some species shows that Vietnamese and Turkish businesses can complement each other in this area. Therefore, going forward, our embassy will make more efforts to develop mutual understanding between the two markets.”