It has been revealed that the hackers that the teams competing in the TEKNOFEST Hack Black Sea have been trying to reach for two days by deciphering a series of passwords are Mustafa Varank, the Minister of Industry and Technology, and Ali Taha Koç, the President of the Presidential Digital Transformation Office.

According to the written statement made by the Ministry of Industry and Technology, in the Hack Black Sea Competition, which was held for the 5th time this year and held within the scope of TEKNOFEST Black Sea, the participants competed to determine the location of possible hackers by finding the security vulnerabilities of the software. 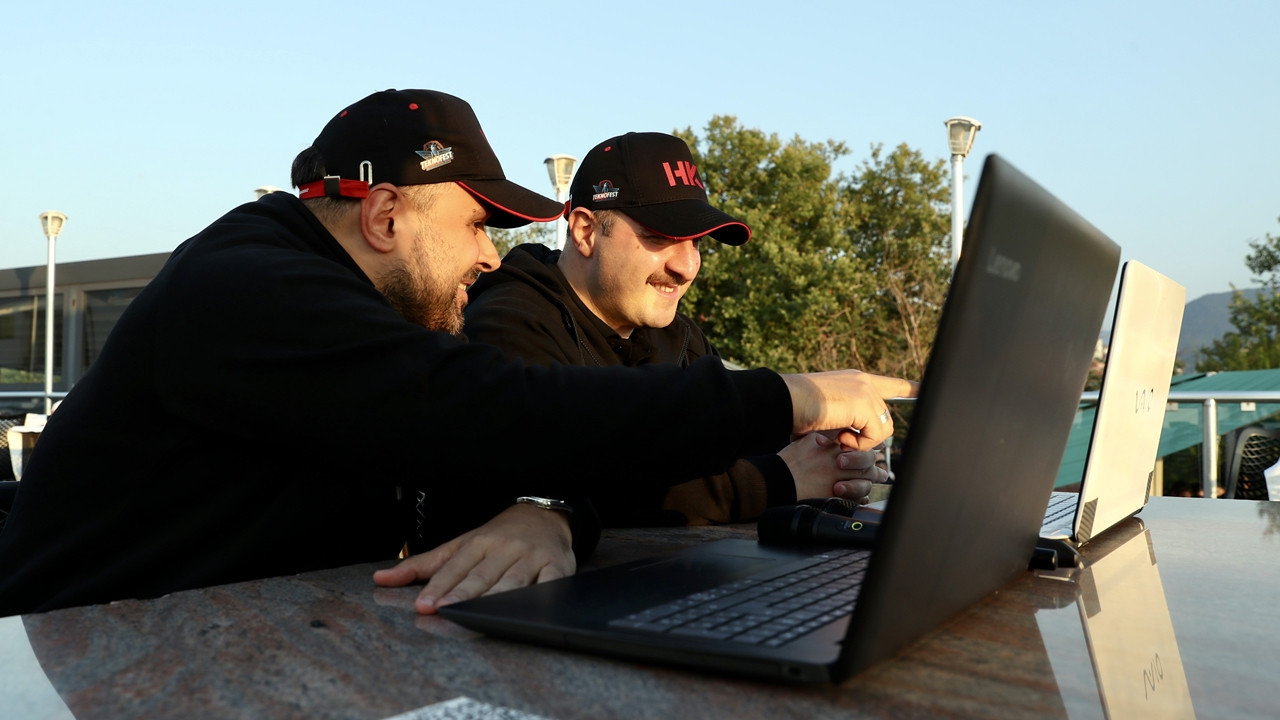 380 teams from 29 countries participated in the Hack Black Sea Competition held at Zonguldak Bülent Ecevit University. The teams that made it to the finals by identifying the gaps at various points and collecting the prizes spent a lot of effort throughout the competition.

The white hacker teams of Hack Karadeniz, whose aim is to catch “black hackers”, acted together with the teams of the Zonguldak Police Department Anti-Cyber ​​Crime Branch.

They went to the computer, wearing black clothes.

Following the black hackers’ phones, the contestants determined that they were in a cafe in Zonguldak, and came to the cafe by getting on a boat with the police. When the contestants found two people wearing black hoodies with their backs turned, they were surprised to find that these were Minister Varank and President Ali Taha Koç.

The young people who saw Minister Varank in front of them could not hide their astonishment. 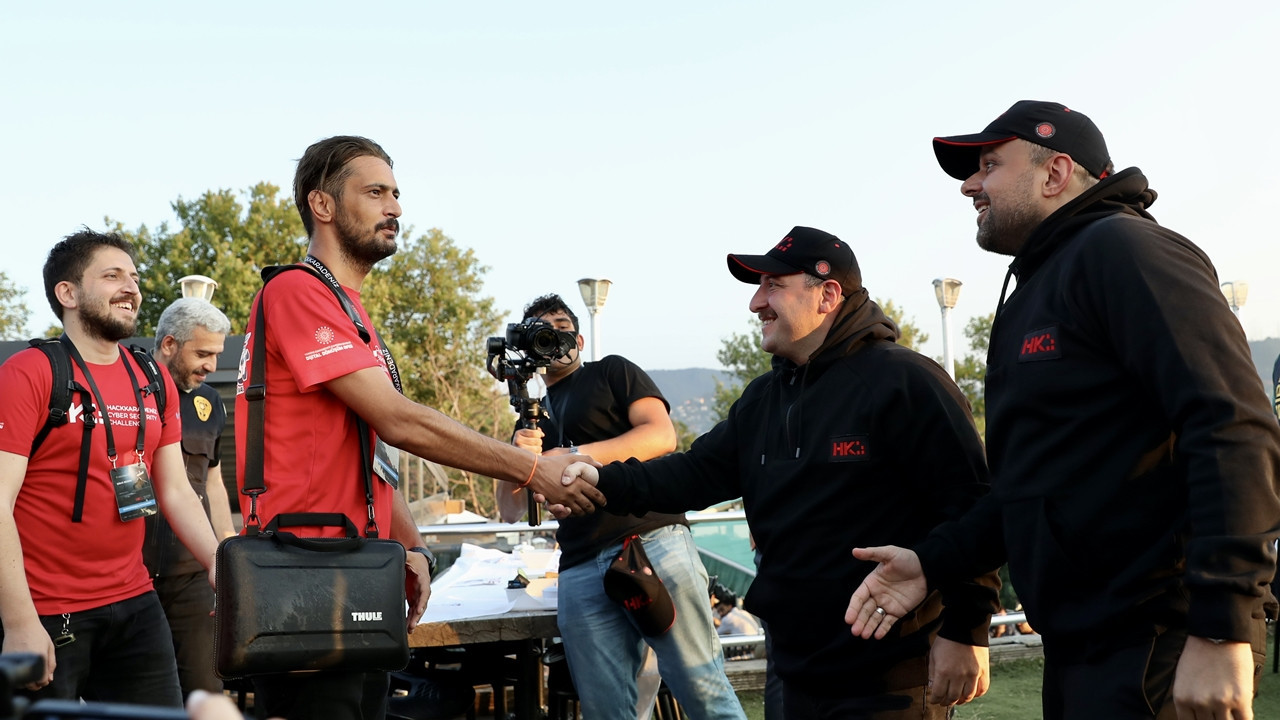 Minister Barrank stated that Ali Taha Koç, Head of the Digital Transformation Office, realized a concept that does not exist in the world this year, and said:

“He combined a cyber security competition with a physical competition. Our finalist contestants who came here also competed by trying to collect prizes, running and exerting effort. Today we held the final. Although we are actually white hat hackers, today we put on our black hats and put on a place that we predetermined in the script. “We were included in the competition pretending we were hacking. Our friends came here to find us by first following the clues, finding vulnerabilities in software developed in Turkey, and then collaborating with our security cyber security office and locating us from our phones. I congratulate everyone who participated in the competition.”

Pointing out that they organized these competitions to raise awareness in the field of cyber security in Turkey, Varank said, “We organize these competitions especially to guide our youth, to develop our human resources in those areas, and to enable our young brothers to focus on these areas. There is another reason why we are holding Hack Black Sea in Zonguldak. The Western Black Sea Development Agency (BAKKA) organizes an organization called ‘Cyber ​​Vatan’. Especially in this region, our young brothers studying at universities in Bartın, Karabük and Zonguldak, even if they are not students in fields such as electricity, electronics and software, we are in the field of cyber security with the ‘Cyber ​​Vatan’ program. We train them. We organize training programs and different internship programs for them. Those friends of ours also train themselves in these areas, they both work as qualified personnel in the sector and operate in the field of cyber security by establishing their own companies.” used his statements. 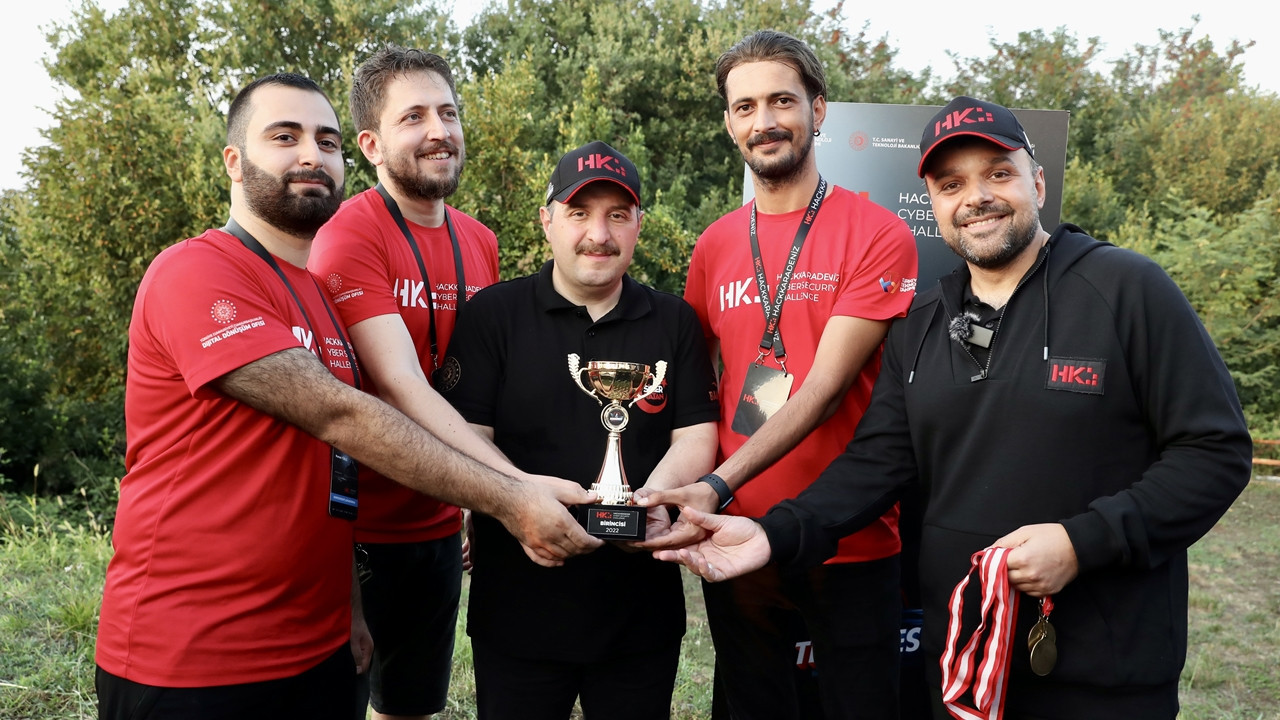 Explaining that they used the environment created in the “cyber homeland” program organized by BAKKA in this competition, Varank said, “Our young brothers who were trained in the “cyber homeland” program designed and implemented all the legs of this competition. Our competitor friends also came from all over Turkey and participated in these competitions. We congratulate them. They are all first in our hearts.” made assessments. Stating that TEKNOFEST Turkey is a festival that makes space, aviation, technology and science popular, Varank emphasized that the TEKNOFEST generation will write new success stories of Turkey and build the country’s future.

Varank stated that they are working to pave the way for them and stated that they believe that the real story of Turkey will come out of the hands of these young people. Minister Varank, with the Governor of Zonguldak Mustafa Tutulmaz and the President of the Presidency’s Digital Transformation Office Ali Taha Koç, gave their awards to the teams “KirmiziMontluMadonna”, “Yarayan Kana” and “ChestnutHoney”, which were in the top 3 among 10 teams and 38 competitors from 4 countries that made it to the Hack Black Sea final stage. .