The Weekly Coronavirus Table was announced on the “covid19.saglik.gov.tr” site. Accordingly, 406 thousand 322 people tested positive on 25 July – 1 August, 337 people died, and the number of those who recovered was 387 thousand 653. In the previous week, the number of cases was announced as 365 thousand 424.

The total amount of vaccine administered to date has reached 151 million 114 thousand 930 doses. Osmaniye, Ordu, Amasya, Muğla, Kırklareli, Çanakkale, Eskişehir, Balıkesir, Manisa and Bartın were the 10 provinces with the highest rate of those over the age of 18 who had at least two doses of vaccine.

The provinces with the lowest rate of those who received at least two doses of vaccine were listed as Şanlıurfa, Batman, Siirt, Diyarbakır, Bingöl, Muş, Mardin, Bitlis, Ağrı and Elazığ. 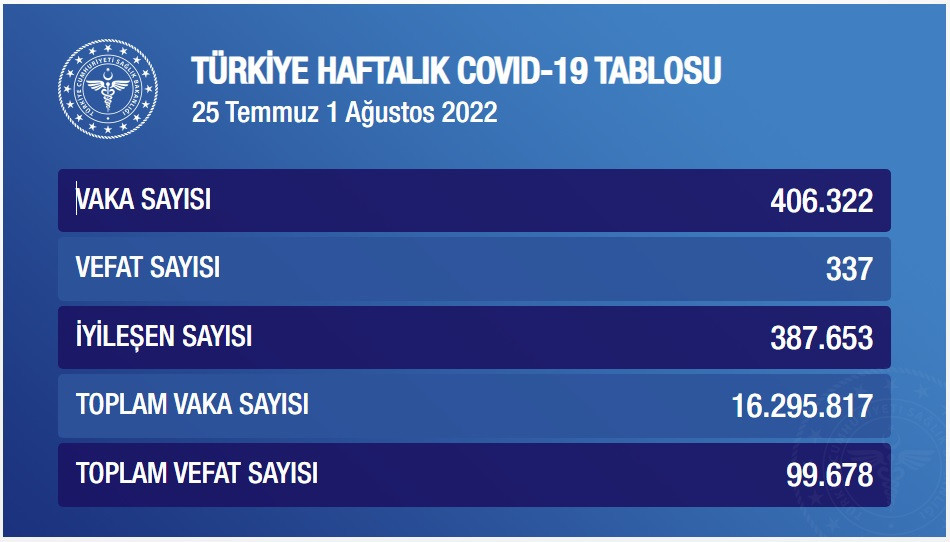